AN IRANIAN WOMAN’S JOURNEY OF FAITH 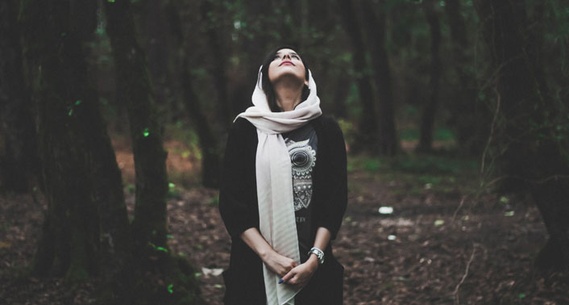 Today’s guest blog is by Nadia (not her real name), one of many Iranian women who’ve been touched by the liberating and restoring love of Christ.  Today she is a key leader serving with Elam Ministries to reach and disciple other Persian-speaking women through their women’s ministry programs.

EPM has had the privilege of supporting Elam Ministries.  If you’re looking for an eternity-impacting ministry to invest in that is reaching Islamic people with the Gospel, we highly recommend them.

My Painful, Broken Past

I am from a family of six children.  My father never showed us love.  Whenever I heard of people speaking about the love and support of their fathers, I had no idea what they meant.

My father was an angry man.  He abused us emotionally and physically, especially my mother.

She was beaten several times to within an inch of her life.  She put up with this in order to protect us children.

I also remember the day when my father tried to kill my brother, forcing my brother to run away barefooted into the street.

When I was old enough, l left Iran so that I could be free of my father and have a better life.  I ended up in the UK.

I always had a negative view of men.  I questioned why God had given men such power.  I tried to be a strong woman.  I was also depressed and tired of life.

One day, alone in my room, I spoke for the first time to the God of creation.  I had given up on my religion, which had always made me second class and weak.

I prayed to the God who I did not know, yet whose presence I sensed in a real way.  I wanted to die, but I didn’t want to commit suicide, as I thought that it would bring shame on my mother.  So I asked God to kill me.  But God didn’t kill me.

God gave me life.  Let me tell you how.

Finding Joy in a Church

A week later, I met with an Iranian lady.  When I started to share my heart with her, she told me that she had no belief in any religion— but her daughter had become a Christian and had changed.  She asked me if I wanted to go to her daughter’s church.  The work of God is amazing:  He used a non-believer to witness to me.

I went to the church for the first time and it was very strange for me.  The people had names like Mohammad and Zahra, which are Muslim names.  I didn’t know that Muslims could become Christians.

The men there were different.  I felt they did not have unclean eyes.

They were worshiping with joy, in my mother tongue, Persian.  I had always wondered why I should have to speak to God in Arabic, a language I didn’t know.  Why didn’t he accept my mother tongue?

At the end of the sermon that day, during the altar call, the preacher called everyone to trust Jesus and proclaimed that Jesus was a healer.

From that day onward, I had a new joy.

Learning to See God as Father

But there was a great challenge for me.  I had to accept God as my Father.  In my mind, this word was not a word of honor toward the God that I had come to know.  To me, “mother” would have been a much better word.

But God wanted to reveal Himself to me.  He did this with total patience and gentleness.

He healed my past, my present, and my future, and has transformed me.  He even enabled me to truly forgive my earthly father.

I used to hate the word “Father.”  Today, I worship God the Father with great love and passion.  I worship Jesus Christ as Lord, the One who has saved my soul.  I love to walk in the Spirit who is always with me.

I was the first in my family to become a Christian.  I shared the Gospel with my mother.  She said at her age of 60 she could not change.

But over time the love of Christ won her heart and today she worships Jesus.

I saw 11 people come to Christ.  But my father did not.

He had left my mother for a woman who was my age.  It caused a lot of pain for the family and for a long time nobody spoke with him.

But God put it on my heart to call and talk with him.

One day on a call, my father told me he had cancer.  The young wife left him.  My mother, who had grown in faith, bravely decided to go and care for him on his death bed.

Three days before he died, I called and spoke to him one last time.  It was difficult, but the Lord put it in my heart to share the Gospel with him again.  I told him about the thief next to Jesus on the cross.  I told him, “Like the thief, you can still be forgiven.”

My mother was there, and held his hand while he smiled and asked Jesus to forgive him.

Helping Other Women Call on Their Father

In Islam people do not know God as father.  But praise God, He has been working in Iran.  And many, many people like me are finding their Heavenly Father.

Today I have the privilege of being part of Elam’s women’s ministry team.  I have had the chance to teach many women just like me about their Father in heaven.

Recently, after I shared my story at a conference for women from Iran, a lady name Haleh came to me.  She was in tears.  Her father was like mine.

It was not surprising that Haleh couldn’t see God as Father.  But after much prayer and ministry, she was finally able to call on God as her Father.  It was so moving to see.  The following day Haleh sang a new song to God about His fatherhood, and like a little girl she danced before her daddy.

Mark 14:35-36  —  Going a little farther, Jesus fell to the ground and prayed that if possible the hour might pass from him.  “Abba, Father,” he said, “everything is possible for you. Take this cup from me. Yet not what I will, but what you will.”

(Abba is Aramic for father, or even the more intimate and personal ‘Daddy’)

Jesus said, “This then is how you should pray:

Our Father in heaven, hallowed by your name…”