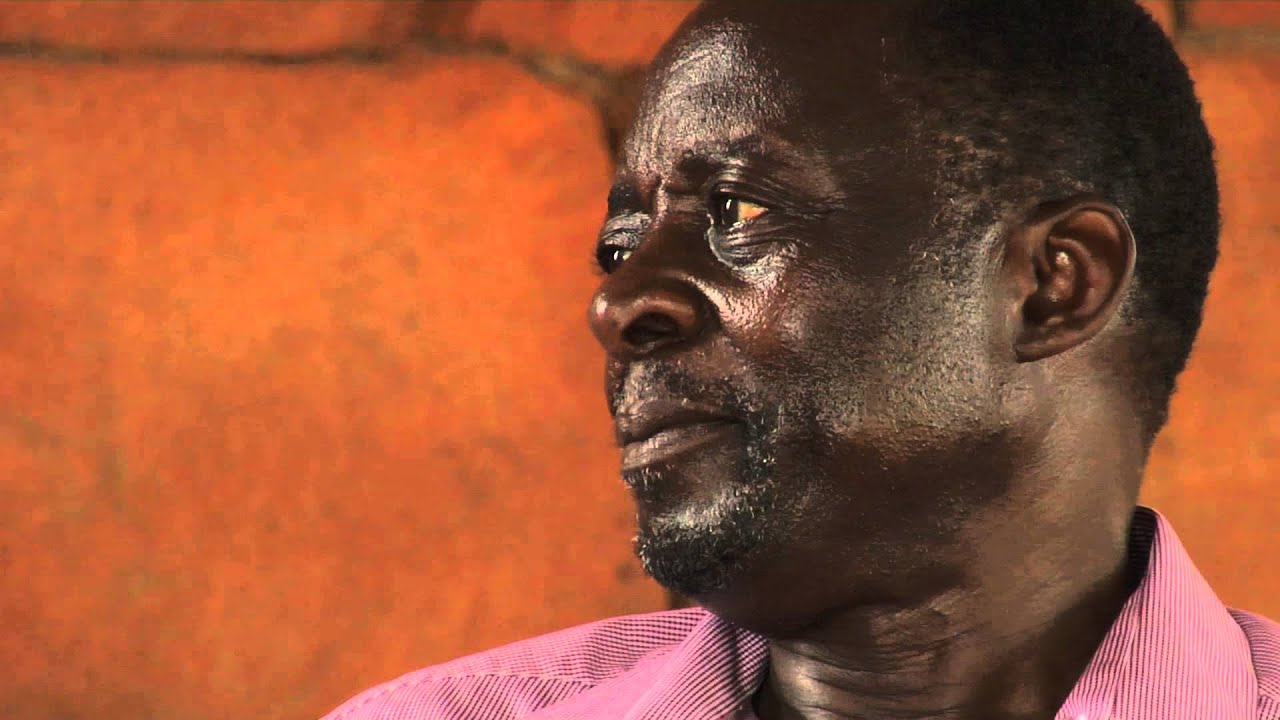 F. Kefa Sempangi was pastor of the large Redeemed Church of Uganda.  He tells this story in his 1979 book A Distant Grief.

Easter Sunday 1973 was his first serious brush with death at the hands of Idi Amin’s goons.  After an all-day worship service he went exhausted to the vestry to change clothes— too exhausted to notice the five strangers (government secret police goons) following him into the room:

They stood between me and the door, pointing their rifles at my face.  For a long moment no one said anything.  Then the tallest man, obviously the leader, spoke.  “We are going to kill you,” he said.  “If you have something to say, say it before you die.”  He spoke quietly but his face was twisted with hatred.

I could only stare at him.  For a sickening moment I felt the full weight of his rage.  We had never met before but his deepest desire was to tear me to pieces.  My mouth felt heavy and my limbs began to shake.  Everything left my control.  They will not need to kill me, I thought to myself.  I am just going to fall over dead and I will never see my family again.

From far away I heard a voice, and I was astonished to realize that it was my own.  “I do not need to plead my own cause,” I heard myself saying.  “I am a dead man already.  My life is dead and hidden in Christ.  It is your lives that are in danger, you are dead in your sins.  I will pray to God that after you have killed me, He will spare you from eternal destruction.”

The tall one took a step towards me and then stopped.  In an instant, his face was changed.  His hatred had turned to curiosity.  He lowered his gun and motioned to the others to do the same.  They stared at him in amazement but they took their guns from my face.

Then the tall one spoke again.  “Will you pray for us now?” he asked.  I thought my ears were playing a trick.  I looked at him and then at the others.  My mind was completely paralyzed.  “Father in heaven,” I prayed, “You who have forgiven men in the past, forgive these men also.  Do not let them perish in their sins but bring them into yourself.”

It was a simple prayer, prayed in deep fear.

When I lifted my head, the men standing in front of me were not the same men who followed me into the vestry.  Something had changed in their faces.

It was the tall one who spoke first.  His voice was bold but there was no contempt in his words, “You have helped us,” he said, “and we will help you.  We will speak to the rest of our company and they will leave you alone.  Do not fear for your life.  It is in our hands and you will be protected.”

I was too astonished to reply.  The tall one only motioned for the others to leave.   He himself stepped to the doorway and then he turned to speak one last time. “ I saw widows and orphans in your congregation,” he said.   “I saw them singing and giving praise.  Why are they happy when death is so near?”

It was still difficult to speak but I answered him.  “Because they are loved by God.   He has given them life, and will give life to those they loved, because they died in Him.”

His question seemed strange to me, but he did not stay to explain.  He only shook his head in perplexity and walked out the door.  I stared at the open door of the vestry for several moments and then sat down on a nearby straw mat chair.  My knees were no longer strong and I could feel my whole body tremble.  I could not think clearly.  Less than ten minutes before, I had considered myself a dead man.  Even though I was surrounded by 7,000 people there was no human being to whom I could appeal.  I could not ask the elders to pray, I could not appeal to the mercy of the Nubian killers.  My mouth had frozen and I had no clever words to speak.  In that moment, with death so near, it was not my sermon that gave me courage, or an idea from Scripture.  It was Jesus Christ, the living Lord.

Ephesians 2:1-5  —  As for you, you were dead in your transgressions and sins, in which you used to live when you followed the ways of this world and of the ruler of the kingdom of the air, the spirit who is now at work in those who are disobedient.  All of us also lived among them at one time, gratifying the cravings of our flesh and following its desires and thoughts.  Like the rest, we were by nature deserving of wrath.  But because of his great love for us, God, who is rich in mercy, made us alive with Christ even when we were dead in transgressions—it is by grace you have been saved.

Colossians 3:1-3  —  Since, then, you have been raised with Christ, set your hearts on things above, where Christ is, seated at the right hand of God.  Set your minds on things above, not on earthly things.  For you are dead, and your life is now hidden with Christ in God.

Romans 6:3-5…11  —  Don’t you know that all of us who were baptized into Christ Jesus were baptized into his death?  We were therefore buried with him through baptism into death in order that, just as Christ was raised from the dead through the glory of the Father, we too may live a new life...  For if we have been united with him in a death like his, we will certainly also be united with him in a resurrection like his.

Father, into your hands I commit my spirit.