You’ve messed up.  You’ve sinned.  You’ve made bad decisions.  So have I—all of the above.

None of those failures have changed God’s call on your life one bit.  The calling God gave you at birth, the one he reaffirmed when he saved you, is a calling he gives you forever.  It’s permanent.

Just look at Paul. Before he became a believer, Paul went into people’s homes, dragged them out into the street, and threw them into jail.  He writes in 1 Timothy 1:12-13, “I thank Christ Jesus our Lord, who has given me strength, that he considered me trustworthy, appointing me to his service.  Even though I was once a blasphemer and a persecutor and a violent man, I was shown mercy because I acted in ignorance and unbelief” (NIV).

In fact, God wants to use the pain from your past for his glory today and in the future.  God never wastes a hurt. It all fits into his plan.

He can take your mistakes, your sins, and even the sins of others who’ve hurt you and work them all into his plan of redemption.  The Bible says, “We know that in all things God works for the good of those who love him, who have been called according to his purpose” (Romans 8:28).

Acts 8:1-3  — Saul (also called Paul, see Acts 13:9) approved of their killing him (Stephen, the first martyr, stoned to death in chapter 7).  On that day a great persecution broke out against the church in Jerusalem, and all except the apostles were scattered throughout Judea and Samaria.  Godly men buried Stephen and mourned deeply for him.  But Saul began to destroy the church.  Going from house to house, he dragged off both men and women and put them in prison.

Acts 9:1-2  —  Meanwhile, Saul was still breathing out murderous threats against the Lord’s disciples.  He went to the high priest and asked him for letters to the synagogues in Damascus, so that if he found any there who belonged to the Way, whether men or women, he might take them as prisoners to Jerusalem.

Acts 22:3-16  —    Paul said: “I am a Jew, born in Tarsus of Cilicia, but brought up in this city.  I studied under Gamaliel and was thoroughly trained in the law of our ancestors.  I was just as zealous for God as any of you are today.  I persecuted the followers of this Way to their death, arresting both men and women and throwing them into prison, as the high priest and all the Council can themselves testify.  I even obtained letters from them to their associates in Damascus, and went there to bring these people as prisoners to Jerusalem to be punished.  “About noon as I came near Damascus, suddenly a bright light from heaven flashed around me.  I fell to the ground and heard a voice say to me, ‘Saul! Saul! Why do you persecute me?’  “‘Who are you, Lord?’ I asked.  ‘I am Jesus of Nazareth, whom you are persecuting,’ he replied.  My companions saw the light, but they did not understand the voice of him who was speaking to me.  “‘What shall I do, Lord?’ I asked.  ‘Get up,’ the Lord said, ‘and go into Damascus.  There you will be told all that you have been assigned to do.’  My companions led me by the hand into Damascus, because the brilliance of the light had blinded me.  “A man named Ananias came to see me.  He was a devout observer of the law and highly respected by all the Jews living there.  He stood beside me and said, ‘Brother Saul, receive your sight!’  And at that very moment I was able to see him.  Then he said: ‘The God of our ancestors has chosen you to know his will and to see the Righteous One and to hear words from his mouth.  You will be his witness to all people of what you have seen and heard.  And now what are you waiting for?  Get up, be baptized and wash your sins away, calling on his name.’” 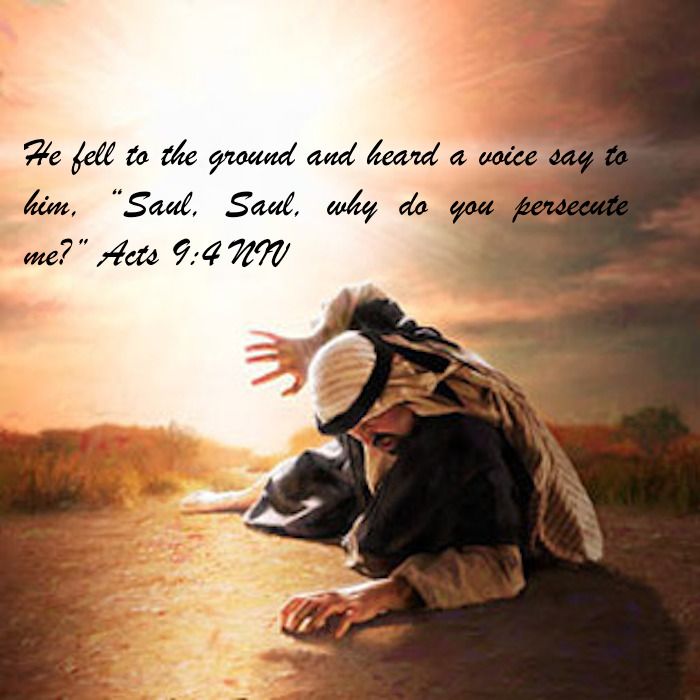 For I know my transgressions, and my sin is always before me.

Against you, you only, have I sinned and done what is evil in your sight;

Create in me a pure heart, O God, and renew a steadfast spirit within me.