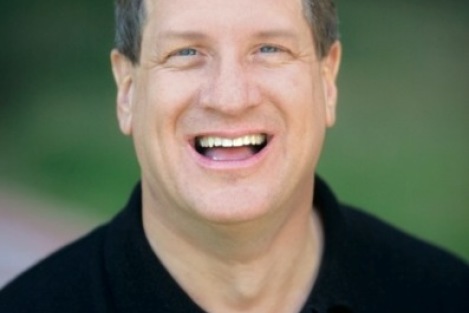 Before his conversion to Christianity, Lee Strobel (1952- ) had been a journalist for fourteen years.  He was also an atheist.  Here is the story of how Strobel got started on his spiritual journey to faith in Jesus.  This article (in two parts) is adapted from his book The Case for Christmas.  Strobel has written several books explaining and defending the truths of Christianity.  His website is:   http://www.leestrobel.com

The Chicago Tribune newsroom was eerily quiet on the day before Christmas.  As I sat at my desk, my mind kept wandering back to a family I had encountered a month earlier while I was working on a series of articles about Chicago’s poorest people.

The Delgados– sixty-year-old Perfecta and her granddaughters Lydia and Jenny– had been burned out of their roach-infested tenement and were now living in a tiny two-room apartment on the West Side.  As I walked in, I couldn’t believe how empty it was.  There was no furniture, no rugs, nothing on the walls; only a small kitchen table and one handful of rice.  They were virtually devoid of possessions.

In fact, eleven-year-old Lydia and thirteen-year-old Jenny owned only one short-sleeved dress each, plus one thin sweater between them.  When they walked the half-mile to school through the biting cold, Lydia would wear the sweater for part of the distance and then hand it to her shivering sister, who would wear it the rest of the way.

But despite their poverty and the painful arthritis that kept Perfecta from working, she still talked confidently about her faith in Jesus.  She was convinced he had not abandoned them.  I never sensed despair or self-pity in her home; instead, there was a gentle feeling of hope and peace.  Although I was an atheist at the time, she had my complete attention.

I wrote an article about the Delgados, and then I quickly moved on to other  assignments.  But as I sat at my desk on Christmas Eve, I continued to wrestle with this irony:  here was a family that had nothing but faith and yet seemed happy, while I had everything I needed materially but lacked faith; and inside I felt as empty and barren as their apartment.

I walked over to the city desk to sign out a car.  I decided to drive over to West Homer Street and see how the Delgados were doing.

When Jenny opened the door, I couldn’t believe my eyes.  Tribune readers had responded to my article by showering the Delgados with a treasure trove of gifts:  roomfuls of furniture, appliances, and rugs; a lavish Christmas tree with piles of wrapped presents underneath; carton upon bulging carton of food; and a dazzling selection of clothing, including dozens of warm winter coats, scarves, and gloves.  On top of that, they donated thousands of dollars in cash.

But as surprised as I was by this outpouring, I was even more astonished by what my visit was interrupting:  Perfecta and her granddaughters were getting ready to give away much of their new-found wealth.  When I asked Perfecta why, she replied in halting English:  “Our neighbors are still in need.  We cannot have plenty while they have nothing.  This is what Jesus would want us to do.”

That blew me away!  If I had been in their position at that time in my life, I would have been hoarding everything.  I asked Perfecta what she thought about the generosity of the people who had sent all of these goodies, and again her response amazed me.

“This is wonderful; this is very good,” she said, gesturing toward the largess.  “We did nothing to deserve this.  It is a gift from God.  But,” she added, “It is not his greatest gift.  No, we celebrate that tomorrow.  That is Jesus.”

To her, this child in the manger was the undeserved gift that meant everything; more than material possessions, more than comfort, more than security.  And at that moment, something inside of me wanted desperately to know this Jesus– because, in a sense, I saw him in Perfecta and her granddaughters.

They had peace despite poverty, while I had anxiety despite plenty; they knew the joy of generosity, while I only knew the loneliness of ambition; they looked heavenward for hope, while I only looked out for myself; they experienced the wonder of the spiritual while I was shackled to the shallowness of the material.  And something made me long for what they had.  Or, more accurately, for the One they knew.  (continued…)

Isaiah 9:6  —  For unto us a child is born, unto us a son is given… and he will be called Wonderful Counselor, Mighty God, Everlasting Father, Prince of Peace.

2 Corinthians 9:15  —  Thanks be to God for his indescribable gift!

James 1:17a  —  Every good and perfect gift is from above, coming down from the Father of the heavenly lights…

I Timothy 6:6  —  Godliness with contentment is great gain.

O Lord, we beseech Thee, hear our prayers, and lighten the darkness of our hearts,

by the gracious gift of Thy Son, Jesus Christ our Lord.  Amen.