(…continued)  This is a true story with a happy ending, but let’s imagine another possible ending.  What if upon being discovered, the thief would have responded not with shame and repentance, but with fear and anger and desperation?  Mr. Dorsett did not have a weapon and was not prepared to defend himself.  The younger, stronger thief could have easily pushed him aside and run away.  Or, he could have knocked him out, even killed him, and then completed his crime unhindered.  That was, you recall, the treatment Jesus himself received when he first came to earth.  He came offering forgiveness, eternal life, and every blessing, but there were parts of his message that offended and threatened some people.  When these people threatened Jesus, Jesus did not take back anything he said, but neither did he fight back.  He allowed the forces of evil to have their day, and then responded in his own incredible way by rising from the dead, and then, by repeating again, his gracious offer.  Jesus issued many warnings about the eternal danger of continuing to refuse him, but he never stopped making the invitation.

Add one more twist to this imaginary ending as a further illustration of our standing before God.  Let us imagine that in his shock and surprise the thief did push Mr. Dorsett aside, and did run up the stairs and out of the house.  Then imagine Mr. Dorsett getting up and pursuing him, not to apprehend him and bring him to the police, but to make that kind offer of half of the pork in the barrel.  Picture them running across the yard, Mr. Dorsett yelling as loud as he could, “Stop, sir, I only want to help you; I know you are hungry, and I want to give you half of the meat, and then you will have it honestly. I will give it to you freely.  Come back, come back, I mean you no harm.”  But the thief, though he hears the words, is suspicious of the true intentions of his pursuer, so he runs all the faster, and finally escapes.

In that hypothetical ending there is only one barrier to the thief receiving what he needed most of all– he did not believe in what was being offered to him.  He felt he could not trust in the word of Mr. Dorsett.  Even though from long experience he knew Mr. Dorsett to be a kind and good man, the thief could not believe that Mr. Dorsett could be offering him grace and good will, instead of judgment and punishment.  The offer was too good.  There was not even a demand to work and earn what was being offered.  It would be completely free, all by grace.  All he needed to do was believe and turn back.  All he needed was to have faith, and he would have received the food that he and his family needed.

The Bible has much to say about what God has already given us, and it has much to say about how we have done God wrong.  The key for making our whole relationship with God right again, and the key to all his future blessings is simply to believe in him, simply to believe that God is there and wants to help us.  “Believe in the Lord Jesus and you will be saved,” the New Testament says again and again.  But just like the thief in the story, there is much unbelief in the world, much running away from God, much neglecting of God and what he wants to say to us, much disregard for his word and promise.

The offer of God’s grace really is quite surprising.  That is why so many of Jesus’ parables contain the two themes of surprise and unbelief.  We are quite used to hearing about such grace, so we think nothing of it anymore.  But to receive such an invitation from God is even more surprising than to hear about a man like Mr. Dorsett offering to give half of his pork to a thief who had broken into his house.

This story of forgiveness and kindness shown to a repentant thief is not from the Bible, but it was inspired by the Biblical message.  Mr. Dorsett was a good Christian man and was acting upon what he learned from Jesus about forgiveness and generosity.  Actually, what Mr. Dorsett did for that thief was not too different from what Jesus did when he was one time confronted by a thief.  While dying on the cross, Jesus said some of his last words to a repentant thief– “Truly, truly I say unto you, today, you will be with me in paradise.”  There too, undeserved grace was shown to one who simply believed in what Jesus offered.  That thief on the cross had expressed his faith in Jesus by saying, “Jesus, remember me when you come into you kingdom.”  That’s a pretty good prayer for a thief.  Actually, it is a prayer we could all pray each day.  For even as we pray, “Jesus, remember me,” we are remembering Jesus, and that is what we are supposed to be doing every day until he comes again.

If we do remember Jesus, and do believe in Him as our Lord and Savior, we will indeed be prepared for his second coming, and it will be for us a pleasant, and not an unpleasant, surprise.

Luke 23:32-33…39-43  —  Two other men, both criminals, were also led out with him to be executed.  When they came to the place called the Skull, they crucified him there, along with the criminals—one on his right, the other on his left….  One of the criminals who hung there hurled insults at him:  “Aren’t you the Messiah?  Save yourself and us!”  But the other criminal rebuked him.  “Don’t you fear God,” he said, “since you are under the same sentence?  We are punished justly, for we are getting what our deeds deserve.  But this man has done nothing wrong.”  Then he said, “Jesus, remember me when you come into your kingdom.”  Jesus answered him, “Truly I tell you, today you will be with me in paradise.” 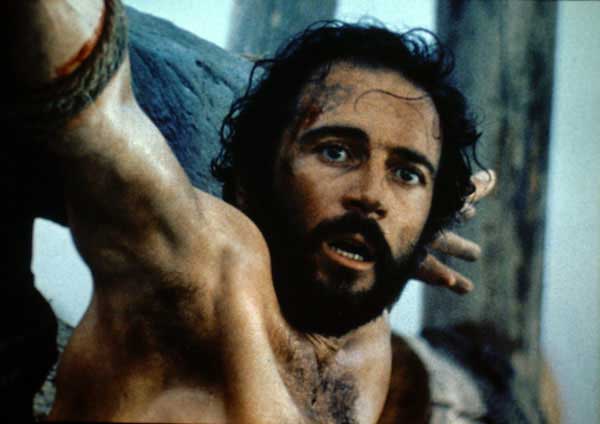